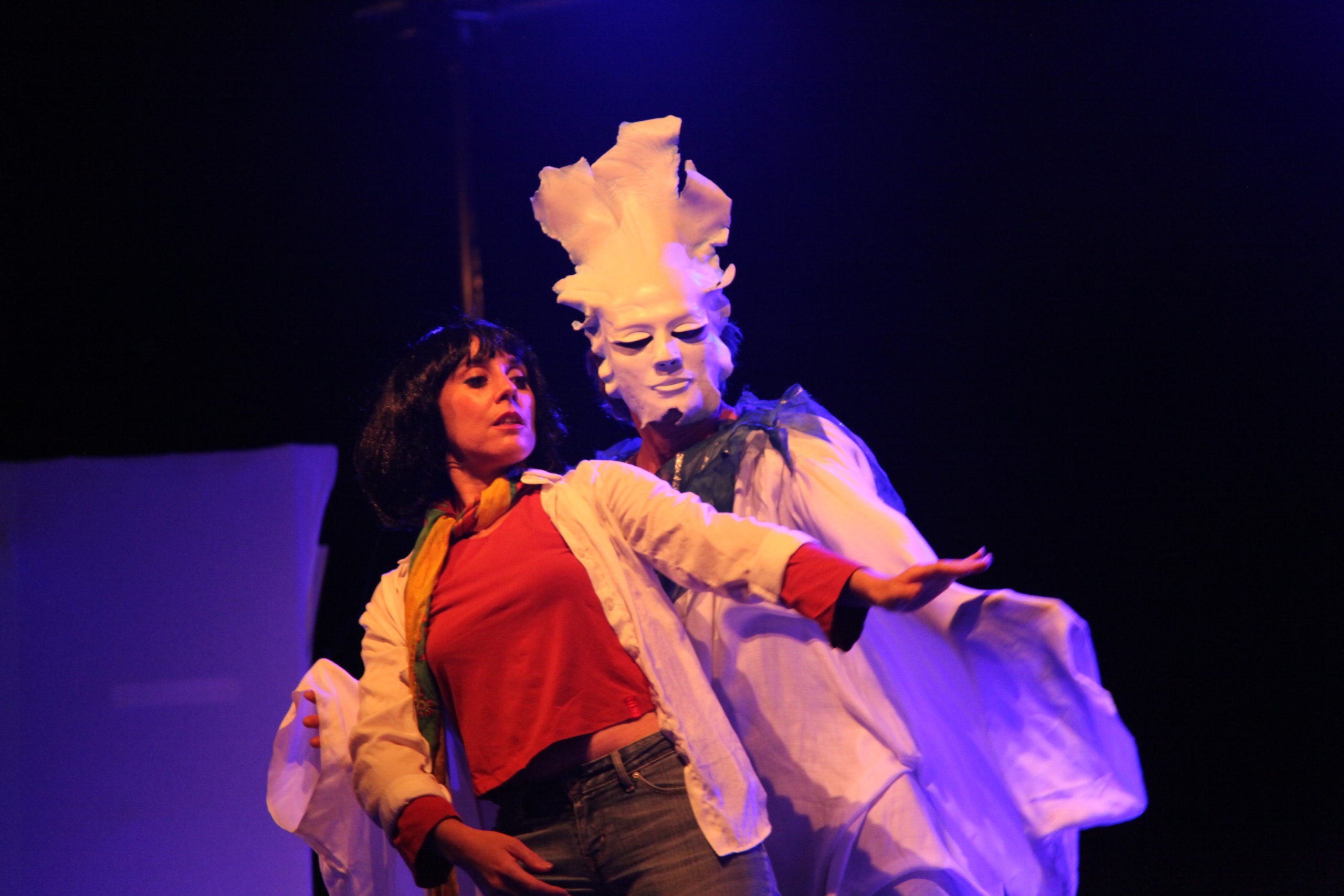 Design and production of a multi-arts show (puppetry, music, dance, song and painting) telling the story of the artistic collaboration between mosaic artist Heidi Melano and the great master, Chagall, to mark the 30th anniversary of his death.

Taking place at the Théâtre de la Courtine in Saint-Paul de Vence, this unique artistic production highlighted the artistic alliance between Heidi Melano and Chagall. This live performance, steeped with both magic and poetry, is an opportunity to (re)discover some of Chagall’s most famous works from a different angle : that of Heidi Melano, a mosaic artist of incredible talent, who, with brio and imagination was able to (re)capture the master’s sketches.

This fruitful partnership was to last for many years and saw the creation of several great works such as “The Wailing Wall” (Jerusalem, Israel), “The Chagall Court” (Paris, France) or “The Message of Ulysses” (Nice, France). 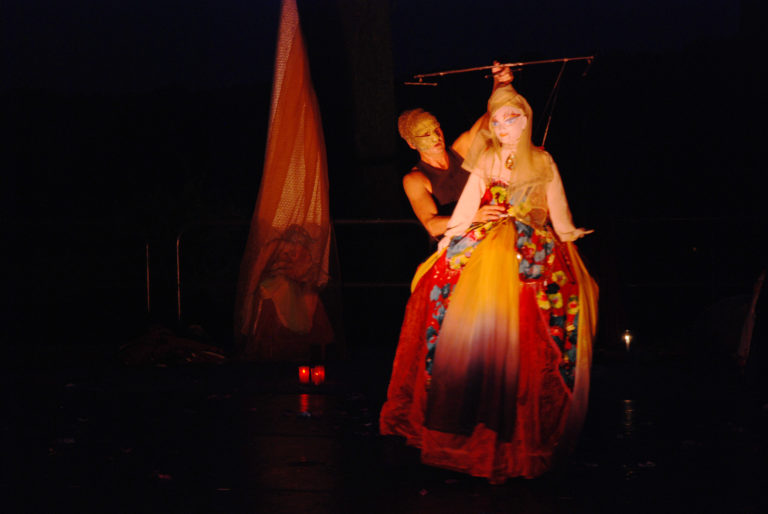 This original theatrical production is a truly poetic and musical tale about the mosaic artist and her collaboration with some of the greatest artists of the 20th century and in particular with Nadia and Fernand Léger. The show tells the story of Heidi Melano, an exceptional mosaic female artist. It pays tribute to this rather… 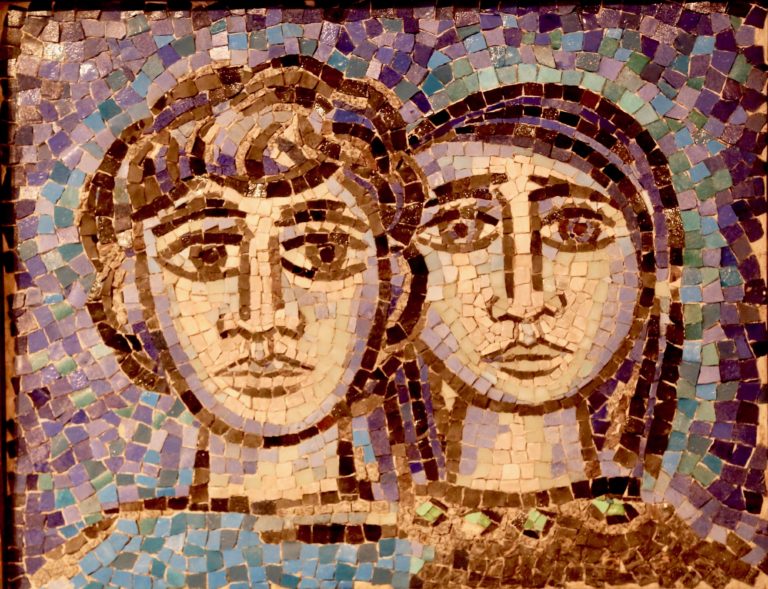 Come and meet the works of Heidi and Lino Melano, as well as other artists on display. You will be able to enter into the experience that each work offers by discovering the story of their creators, their moments of joy, sadness and doubts. Their works will speak to you…   Explore during the visits,… 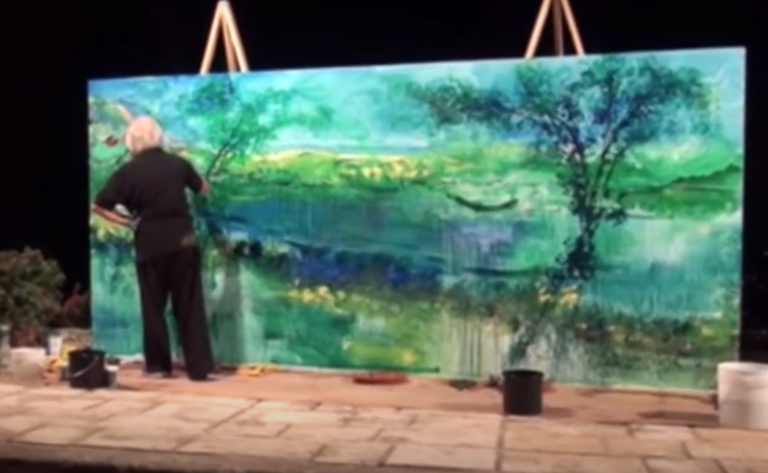 An incredible visual and musical evening in Saint-Paul de Vence, with the exceptional participation of Gérad Economos, artist of the poetic imagination. The artist produced a huge canvas, drawing his inspiration from the musical score played and sung live. A pure moment of artistic delight ! Saint-Paul de Vence, FR https://www.youtube.com/watch?v=V7S5gUNxIMY&list=PLK9TsSK3iI7yck0KpnCXrw68SO4KC7ilN&index=1&ab_channel=Diana-ART

The Mediterranean holds the sad record of being one of the most polluted seas in the world. Plastic is a particular threat to marine biodiversity: ingested by marine fauna and flora, it completely contaminates the sea and the entire food chain of living beings. The French Riviera is particularly affected by this issue. Preserving the…

To celebrate its 20th anniversary in China, UC Berkeley commissioned a painting from Chinese artist  Chang Jiahuang. The artist took hundreds of digital photos throughout the process of creating the painting. A team of computer scientists transformed these photos into a lighted brush that reproduced the artist’s gestures on stage while two professional dancers accompanied… 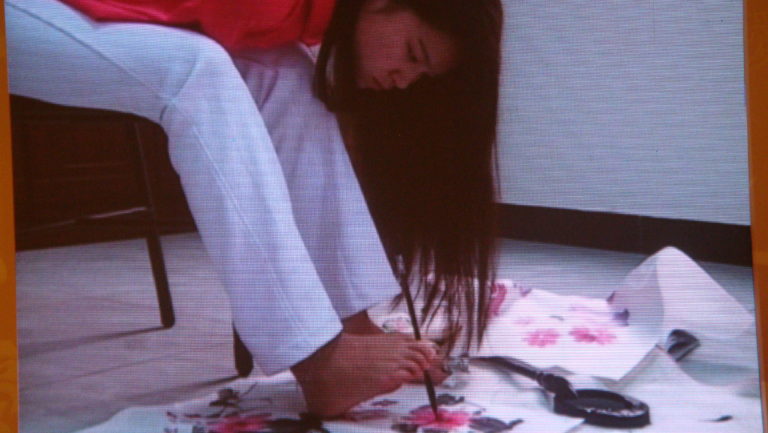 Calligraphy is an age-old art in traditional Chinese culture. In Chinese 书法 “shufa”, it literally translates to “the art of drawing”.The art that makes letters sing with ink.Cutting or the art of balancing and proportioning paper is highly valued because of its low cost and artistic quality of the work. As a reflection of its…